From electronics to kitchen utensils, many products used in daily life are developed for able-bodied people. But what about people who don’t have the use of one of their five senses? Students at Detroit’s College for Creative Studies (CCS) deliver innovative solutions through design.

In a product design course, students are given a simple but broad prompt: “design a product for a person with a disability.” The class discusses the different types of accessibility barriers, from visual impairment to being an elderly person, and breaks down the challenges that can occur to people on a daily basis. From there, they let research, design and of course their imagination do the rest.

When Grace Baker thought of blind people, her mind turned to women, like her. She wondered how accessible menstrual products were and was surprised when she discovered the results: they are not. 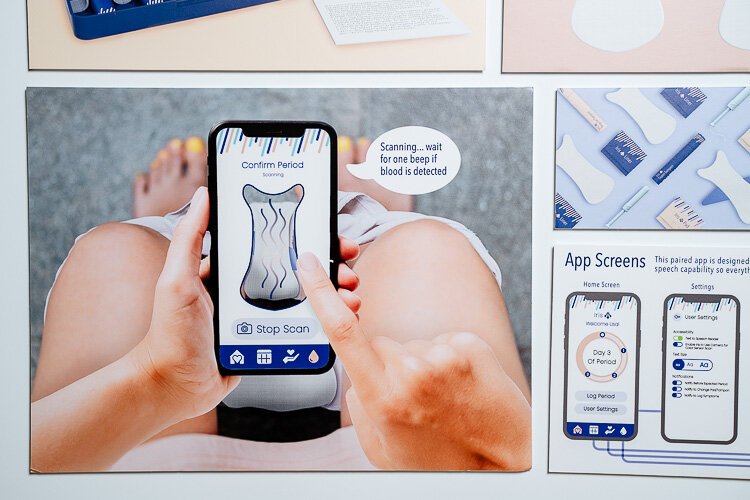 “I couldn’t believe there weren’t any products that were made in Braille or designed to be used in ways accessible to someone who can’t see them,” says Baker, who graduated from CCS This year.

During her research process, Baker interviewed three blind women to learn more about their struggles with the products they use while on their periods. A woman, who is colorblind, cannot see the color red, but knew she had seen something dark on her underwear. To confirm what it was, she had to ask her mother. In her research, not knowing when a cycle begins is a major problem for blind women, which goes beyond accessible or inaccessible products.

“A lot of my teachers were like, ‘oh, isn’t this just kind of an easy fix, though? You just put braille on these products,'” says Baker, a Dearborn resident. I really thought about it, I said to myself ‘no’. They can’t tell if their cycle has started or ended most of the time because it’s completely visual.

After realizing this additional hurdle in the experiences of blind women, Baker took his design one step further. She has always designed pads and tampons with braille on them, indicating the type of product (pad, panty liner or tampon) and the level of absorbency. Moreover, she prototype an app that uses your phone’s back camera to detect if there’s blood on your underwear or not. The app also has built-in accessibility features like a text-to-speech reader and notifications of an expected cycle start date, notifications to change the product, and ways to log symptoms. 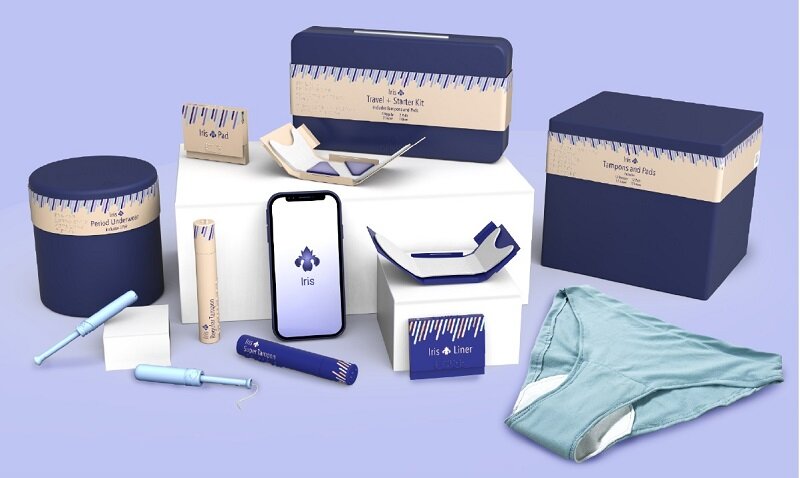 The project, Baker says, has made her more aware of accessibility issues and she wants to eventually take the project from ideation to creation.

“When I started doing this project, I felt really bad that I had never thought about this issue before. I kind of took it for granted,” says Baker. “I can’t imagine going through the Sixth grade and blind puberty. It certainly opened up my perspective a lot. 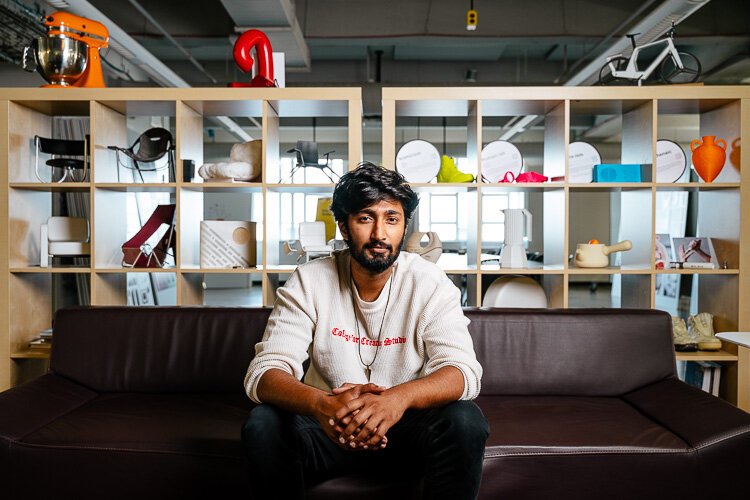 Although Vidit Singh, another recent CCS graduate, didn’t bond with his project like Baker did, he found the passion to improve something partially accessible. While in the product design class, Singh Googled “what are the problems that exist among seniors?” He discovered that material things were not the problem.

“It wasn’t about the product, it was about the fear of falling,” says Singh, who has determined that a redesign of the common walker is a solution to help the elderly.

“Even with the walker, the fear of falling was there. For the elderly, it was that split second of getting up and going to bed that was most frightening in the event that falls in the elderly occurred.

To gain insight, Singh regularly visited St. Patrick’s Senior Center in Midtown where he observed and asked residents about their walkers, what they thought of the structure and what could be improved to allay their fears. Singh’s teacher also lent him a walker so he could observe its use firsthand. 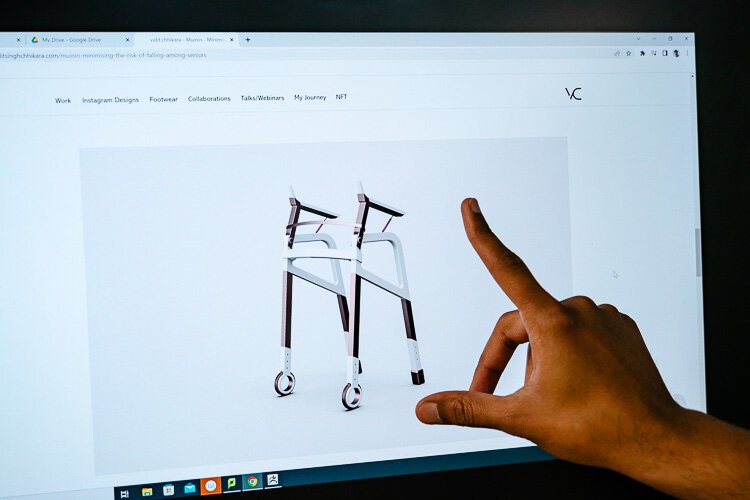 After his sketching and ideation process, Singh created a walker in his metalwork shop class. The walker has been made more accessible by allowing a walker bar to move up and down slowly, to further assist its user by helping them keep their balance. The walker also allows users to maintain good posture while walking, instead of slouching, as many do.

“I took it to the seniors’ residence and once they tested it, I realized there was so much to improve, but that fear was minimized,” says Singh.

Fear also exists in blind people when it comes to cooking, and like Singh, Taylor Spencer’s goal is also to minimize her subjects’ fear of being in the kitchen while still being able to use cooking utensils that are not just for the blind, but for someone. 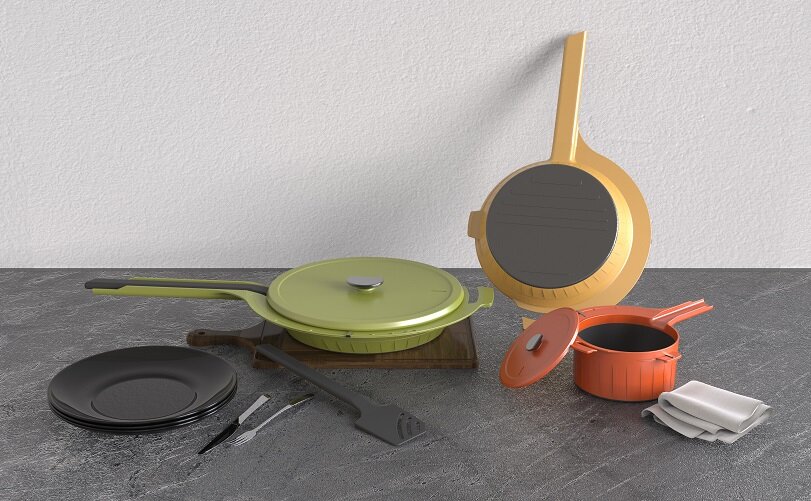 “With these products, if I live with a visually impaired partner or spouse, I wouldn’t have to buy separate pans. Doing that demeans a person and makes us feel different, which I think is a mistake,” says Spencer, of Rochester Hills.

In his research, Spencer, another recent graduate, narrowed down the five most common fears of blind cooking: time, temperature, pan location, spoon nesting, and being practical. These are the five points at which she prepared her cookware.

The set, which includes two skillets, two saucepans, a saucepan, lids and a steamer, all lined with an exaggerated rim to help the hand guide cooking utensils. Plus, the cookware is cast iron, so the heat stays at the bottom and doesn’t travel all the way to the handle, so visually impaired cooks can keep their hands off the pan, if needed. A pull-out timer mechanism is also built into the products so cooks can know when their food is ready; in addition to a built-in internal thermometer that moves around the rim indicating a certain temperature. With the hope that design will evolve in a universal and inclusive direction, Spencer says this project has been a rewarding experience. 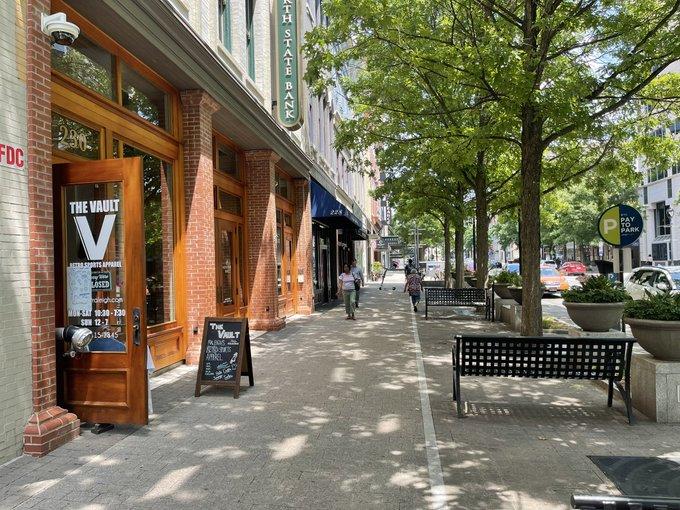 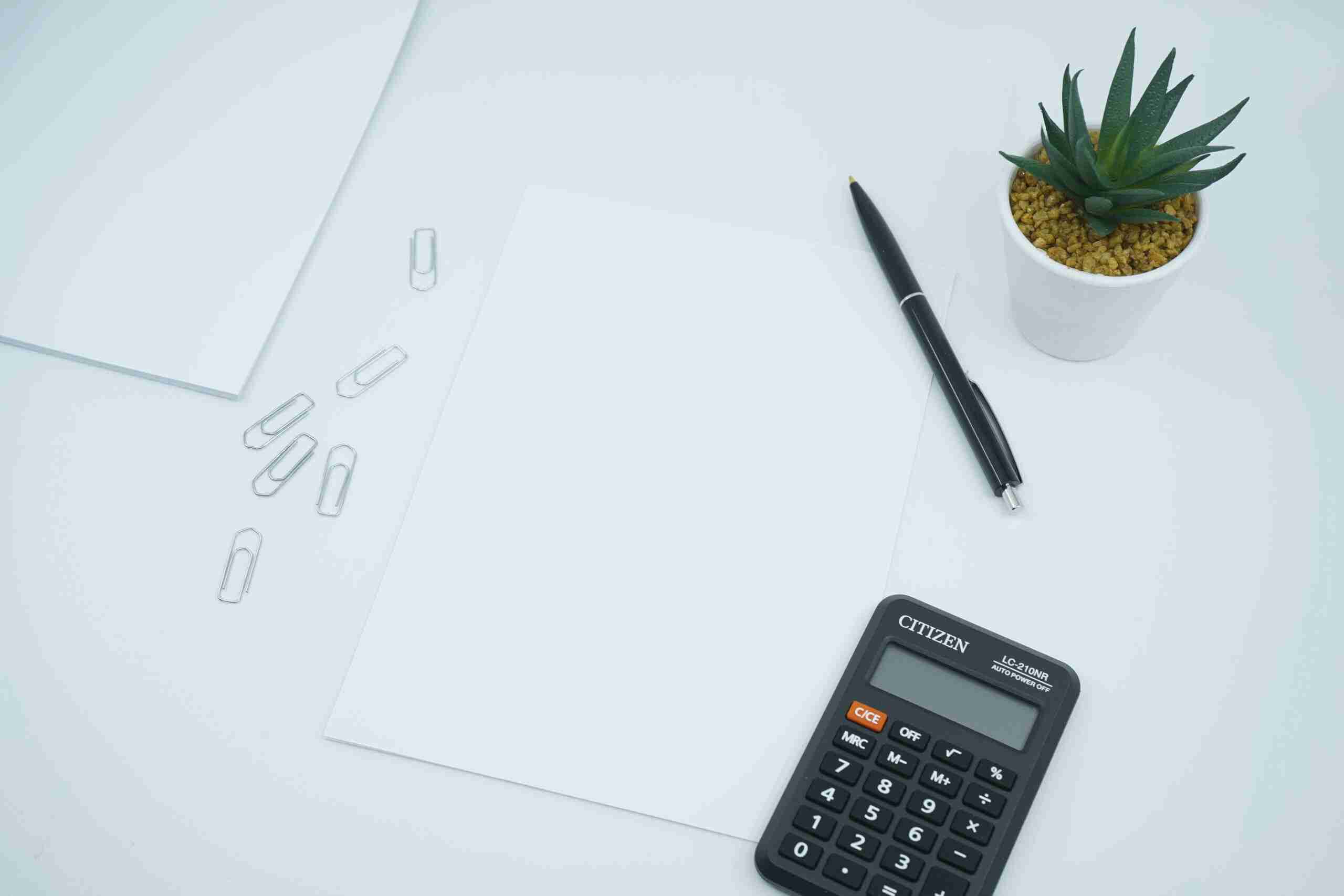 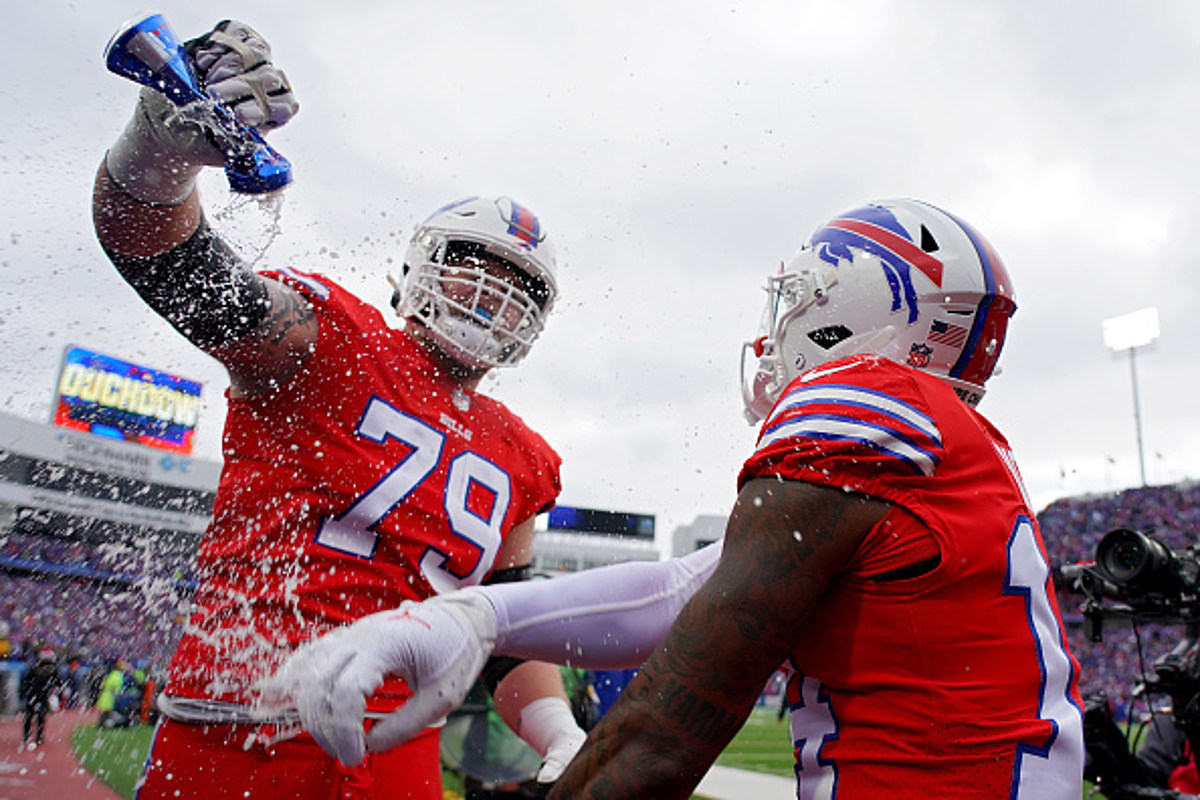 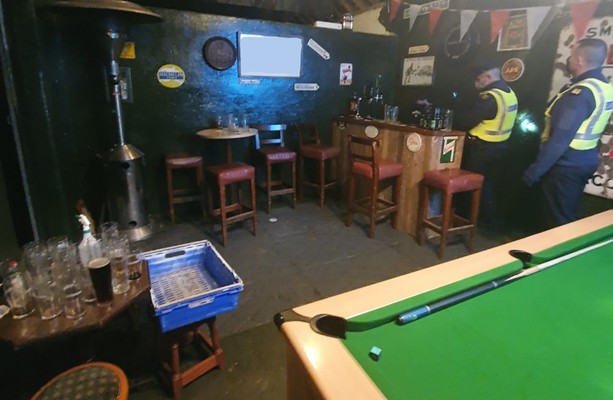